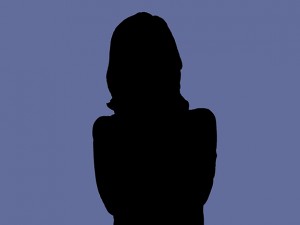 “I woke up to do drugs and I went to sleep to do drugs,” says Whitney, a 42-year-old resident of Commonwealth Land Trust. “I used for a very long time. It just took over my life.”

Whitney was born in Haverhill, Massachusetts and raised by foster parents in a large and loving household. She was a happy, well-behaved child and describes her late teens as a pivotal turning point. She began socializing with a group of friends that introduced her to drugs, alcohol, and dealing. “I wasn’t thinking about the future,” says Whitney. “I was too busy having a good time and hanging out with the wrong crowd.” In her twenties, she had four children and struggled to achieve sobriety for herself and her family. Her foster parents enrolled her in multiple rehabilitation centers, but she continued to battle addiction.  Following the death of her foster parents, Whitney resolved to quit using drugs. At the time, she was living in a shelter for domestic violence survivors and suffering from numerous health challenges. In October of 2009, Whitney was referred to Commonwealth Land Trust by a representative at a local health center.

Upon moving into Windsor House, Whitney was provided with a furnished room, cooking supplies, and access to an on-site food pantry. She established a weekly meeting schedule with her Case Manager, Aury Almanzar, to discuss relapse prevention strategies and ways to maintain her health. “Being at CLT has changed a lot for me,” says Whitney. “I didn’t have health insurance when I was homeless, so I was sick all the time. CLT helps me to stay healthy and the staff is awesome. They’re here to help with any problem.” Aury says of Whitney’s progress: “I don’t know how Whitney is doing so well. She maintains a very positive outlook, even though she is often too sick to get out of bed. She is the only woman on her floor and she has become the other residents’ big sister. They come to her for advice and she cooks for them. She is very resilient and kind.”

Today, Whitney is focused on her health and has remained sober since moving into CLT housing. She is connected to her family and speaks with her children almost every day, all of whom are doing well. Whitney has also reconnected with her ailing biological mother and has assumed responsibility for her care. She has regained control of her life and is an inspiration to other residents and anyone struggling to overcome addiction.