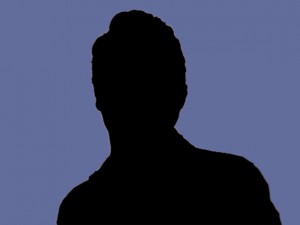 “I’ve been a hairdresser and makeup artist for almost 30 years,” says Stephano, a resident of Windsor House since 2010. “I do everything: haircuts, extensions, chemical highlights, and color. I love a change of image.”

At age 18, Stephano left his home in Puerto Rico and moved to New York City to fulfill his dream of becoming a hairdresser. He worked in several successful salons and sent money to his family each month. In 2009, Stephano fled a domestic violence situation and moved to Lawrence, Massachusetts to stay with distant relatives. Unable to find work, Stephano could not compensate his relatives and was forced to vacate their home. Stephano became homeless, spending his nights on a park bench in a dangerous neighborhood. He was also grappling with a recent HIV diagnosis and the discovery of an inoperable brain tumor affecting his vision and memory. He experienced depression, anxiety, and isolation. “I thought no one would help me,” says Stephano. “I thought everyone would be afraid of me because of my diagnosis. It was a terrible time.”

Stephano was referred to Commonwealth Land Trust by a caseworker at a local health clinic. Upon move-in, CLT staff provided Stephano with a furnished room, linens, cooking supplies, and access to an on-site food pantry. Stephano’s Case Manager, Aury Almanzar, set up a weekly meeting schedule to address his health challenges. “Aury treats me so good,” says Stephano. “I come to this office when I have problems and feel depressed. She is always giving me good advice and checking to see if I’m making my medical appointments.” Aury is working with Stephano to cope with the symptoms of his brain tumor and establish better boundaries with others. “Stephano is very outgoing and generous,” says Aury. “He would do anything for a friend, even if they wouldn’t do the same for him. He has experienced a lot of disappointment in his personal and professional life. It’s not easy for Stephano, but he’s not giving up.”

Today, Stephano is maintaining his health and remains connected to his family. When he finds occasional work as a hairdresser, he sends money home to his mother, whom he speaks with every day. Stephano remarks on his time at Windsor House, saying: “I was part of the jet set in New York. My life was very different, but I’ve learned to appreciate what I have. I’m not on the street­–­­ thank God. I have a roof over my head and people who care about me.”