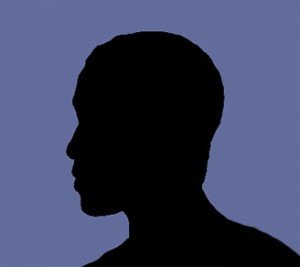 “I consider myself to be blessed. I was blessed when I got my diagnosis and I was blessed getting my room at Commonwealth Land Trust,” says Kevin, a 41-year-old Boston native who has lived in CLT’s Massachusetts Avenue property since 2007.

An artist and musician, Kevin lived an aimless and self-destructive lifestyle. He experienced bouts of homelessness while struggling with addiction and an abusive relationship that incited his drug use. Kevin contracted HIV during this tumultuous period and suffered severe depression, isolation, and anxiety as a result of his diagnosis. “It was a time when you couldn’t get me to smile,” says Kevin. “I thought life was over for me. I was sick and moving from one house to another carrying my clothes in a trash bag. I was getting to the point where I didn’t want to live anymore. I needed a place to get back to society.”

Kevin was referred to Commonwealth Land Trust by a representative at Boston Medical Center. He met CLT’s Director of Marketing & Outreach, Steve Wilkins, who described CLT housing and guided him through the application process. “I thought it was unbelievable,” says Kevin. “I didn’t realize there was a place to help people in my situation, but when I came here I got signed up with all sorts of different programs– food programs, support groups, and recovery groups. It helped me to realize that life isn’t over because of my diagnosis.” Upon move-in, CLT staff supported Kevin in his efforts to achieve sobriety, end unhealthy relationships, and focus on his health and well-being. Steve Wilkins has continued to work with Kevin and reflects on his progress, saying: “Kevin is kind, sincere, and a leader in the community. He used to run with a dangerous crowd, but he’s overcome a lot of obstacles and I believe he has a promising future.”

Every week, Kevin volunteers in his building by stocking the shelves of CLT’s food pantry with dry goods. He also accompanies his blind neighbor to medical appointments and trips to the grocery store. Kevin recently signed up for a program to continue his education and aspires to work as a counselor. He is connected to his family and avoiding negative influences. “I’m somebody at CLT,” says Kevin. “I’m well respected. The other residents knock on my door when they need a hand. I’m doing my part and trying my best. I don’t want to be anywhere else.”