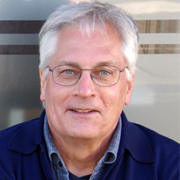 Bruce Henderson is President of Matrix USA, Inc., an international consulting firm of 30+ years building bridges between information-technology markets in the U.S. and Japan. He is chair and co-founder of NewtonSTEM and previously has served as chair of the Newton Community Education Commission, trustee of the First Unitarian Society in Newton, and president of two parent-teacher organizations. He has an MBA from Harvard Business School and an AB in Economics from Princeton University. 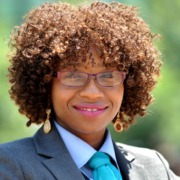 Dr. Atyia Martin is the CEO and Founder of All Aces, Inc., an alternative to traditional diversity, equity, and inclusion consulting and professional development. Their online learning community, IntentionallyAct.com, supports their mission to activate consciousness, catalyze critical thinking, and transform capabilities that advance racial equity and build resilience. Dr. Martin is also a Distinguished Senior Fellow at Northeastern University’s Global Resilience Institute. She has over 20 years of experience in public service and mission-driven organizations.

As a certified emergency manager, her previous professional roles include Chief Resilience Officer for the City of Boston, director of the Office of Public Health Preparedness at the Boston Public Health Commission, and adjunct faculty in the Master of Homeland Security and Public Policy programs at Northeastern University. Dr. Martin has also held positions at the Boston Police Department’s Boston Regional Intelligence Center; City of Boston’s Mayor’s Office of Emergency Management; the Federal Bureau of Investigations (FBI); the Air Force as active duty assigned to the National Security Agency; and the Initiative for a Competitive Inner City. 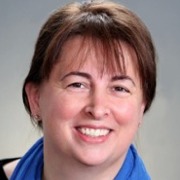 Iva came to Commonwealth Land Trust in 2019 as President & CEO. Iva was previously the Assistant Director of the Office of Children, Youth and Families within the Massachusetts Executive Office of Health and Human Services, where she managed programs involving state agencies, local communities, human services providers, and private vendors. Before that, she was Deputy Commissioner for Operations Management at the Massachusetts Department of Transitional Assistance and Senior Finance Manager at Justice Resource Institute. 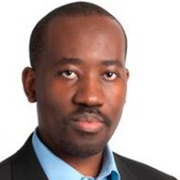 Tamirirashe (Tami) Gambiza, CPA, CGMA, is a Senior Audit Manager at CohnReznick, a national accounting, tax and advisory firm, with over 12 years in the public accounting industry. His work spans financial services of not-for-profits, state colleges, universities, and state agencies and authorities.  His focus is on the real estate industry, including affordable housing, commercial, developers, management agents, low-income housing and historic tax credits, asset management, and due diligence. His work also includes operational and integrated audits and internal controls over financial reporting. He has a BS in Accounting from Bellevue University in Nebraska.  He is an active member of the American Institute of Certified Public Accountants (AICPA) and the Massachusetts Society of Certified Public Accountants (MSCPA), where he  is an active member of the MSCPA Accounting and Audit Committee. 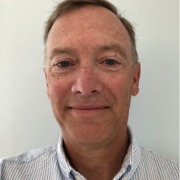 David Hale has been a partner at Omni Properties, LLC since 2002 and focuses solely on Omni development projects. David has developed expertise permitting projects using Chapter 40B and has been responsible for the acquisition, development strategy, permitting, and financing of Omni’s multifamily and retail projects. Over the years, Omni has assembled land and entitled 660 residential units mostly using Chapter 40B, the state’s affordable housing law. Of the 660 units, 124 have affordability restrictions. David is a current board member of Partakers, an organization that provides mentors to incarcerated people as they try to achieve a college education. David was also a past board member (2008-2014) and chair of the Concord Housing Development Corporation (CHDC), the town of Concord’s affordable housing development entity. Before joining Omni, David was President and CEO of Bank of Tokyo-Mitsubishi (BTM) Capital Corporation, which specialized in investment banking and large-ticket secured lending/leasing. David received a master’s degree in Business Administration from Harvard Business School and a BS/BA from Babson College. 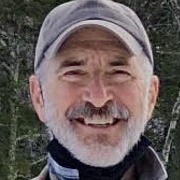 Dan Bancroft is retired and lives in southern Maine after 45 years as a trial partner in the firm of Broderick Bancroft & Saccardi, now located in Somerville. During his career, he represented owners and managers of subsidized housing in Massachusetts trial and appellate courts, as well as administrative agencies, including the MCAD and the Boston Fair Housing Commission. In addition to litigation matters, he continues to advise clients on non-discriminatory tenant selection policies and matters pertaining to disabled applicants and tenants, including reasonable accommodation. He has conducted ongoing training on fair housing for management companies and government agencies and has been a trainer and lecturer on fair housing issues for more than 25 years. 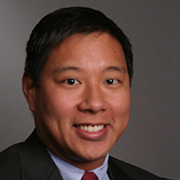 Alberto Chang, LCSW, is a bilingual outpatient clinician providing psychotherapy at Lahey Health Behavioral Services in Lawrence, MA. Prior to his current role, Alberto spent 20 years in the business world, including 15 years as a CPA at PricewaterhouseCoopers, where he provided management consulting and litigation support services. He has a MSW from Simmons College, an MBA from Columbia University, and a BSE in Accounting and Decision Sciences from the Wharton School of Business at the University of Pennsylvania. 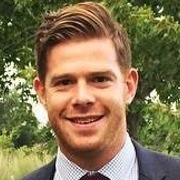 Alex Schultz is an Associate for a Boston-based real estate private equity firm focused on acquisitions and asset management of multifamily properties. He is co-founder of Rocky Beach Ventures, a real estate investment firm based in Maine. Prior to working in real estate, he started a backpack and luggage company manufacturing and selling luggage and accessories online and through local retailers. Alex grew up outside of Boston and has a BA in US History from Vanderbilt University and an MBA from Harvard Business School. 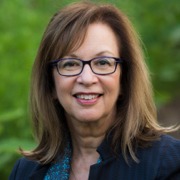 Alexandra Schweitzer is a Senior Fellow at the Mossavar-Rahmani Center for Business and Government at the Harvard Kennedy School, focusing on programs to address social determinants of health like unstable housing.

Alexandra specializes in leading complex new ventures and transformation initiatives from strategy through successful execution, including integrated systems of medical, behavioral, and social care for vulnerable populations. She has held several board leadership positions and is currently Board Chair at Goddard House, a not-for-profit assisted living and memory care residence in Brookline MA known for its creative aging programs.

Alexandra has a Master’s in Public Policy from the Harvard Kennedy School and a B.A. in English and American Literature from Brandeis University. A lifelong learner, she has completed an executive MBA at Columbia University and other post-graduate programs.

IN MEMORIAM:  Arthur L. Johnson, Founder and Former Board Chair 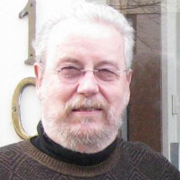 Arthur was a community development lawyer with an extensive litigation and transactional background. He served as a director at Commonwealth Land Trust since its creation and for many years its chairman. He had over eighteen years of experience as a clinical law teacher in the area of community economic development. Arthur specialized in the creative use of the legal process to facilitate the development of healthy and stable urban communities. He  taught courses in real estate law and community economic development at numerous institutions, including Harvard Law School, Boston College Law School, Northeastern Law School, Suffolk University Law School, and the New Hampshire College Graduate School of Business.

Mr. Johnson received an AB in Philosophy from the College of the Holy Cross and a JD from Northeastern University Law School. He ran the Law Office of Arthur L. Johnson, a law practice concentrating in real estate, community economic development, and land use/zoning. He also served as a director at the Neighborhood Development Corporation of Jamaica Plain. 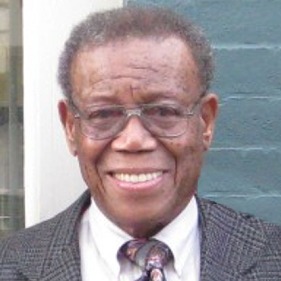 We mourn the passing of Mr. Richard Brown, a long-time member of the Board of Directors of Commonwealth Land Trust. Mr. Brown served on the Commonwealth Land Trust Board of Directors and chaired the Lower Roxbury Residents’ Association since 1989. He was a United States veteran having served in World War II and Korea. Mr. Brown earned a bachelor of arts and master’s degree in mathematics from Boston University. He taught mathematics at the elementary through college level at several institutions, including Tuskegee University, Boston Latin Academy, The Lewis School, and Boston Technical High School. He chaired the math departments of Wayland Junior High School and John D. O’Bryant School. During the desegregation of Boston’s public schools in the 1970s, he served as the director of minority recruitment for the Boston Public School System.

He served in a leadership capacity in the Veterans of Foreign Wars (VFW) Post of African Americans. He was the co-founder and first President of RUFC (Roxbury Unites for Families and Children), an agency designed to enhance the well-being and mental health of families in Roxbury. He served as the District 9 Coordinator for the American Association of Retired Persons (AARP) and the Council of Elders. Mr. Brown was a lifelong member of the Peoples Baptist Church and the National Association for the Advancement of Colored People (NAACP). He was president of the Boston Baptist Social Union and a past member of the Governor’s Advisory Council on Vocational and Technical Education. 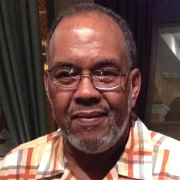 We mourn the passing of board member Daniel Janey, LICSW, who in private practice trained social workers for community non-profits and private clients. Previously, he had worked for 35 years with the Forensics Services Division of the Massachusetts Department of Mental Health, conducting intake evaluations and working with inmates while they were in custody and as they prepared for release. He had been a support leader for Young Men of Color at Phillips Exeter Academy and an Adjunct Professor in Social Work at Lesley University and Bunker Hill Community College. He served as Chairman of the Board of Hawthorne Community Center, an after-school program in Roxbury’s Fort Hill neighborhood. He earned an MSW from Boston College, a BS in Social Work from Gordon College, and an associate’s degree from UMass Amherst. 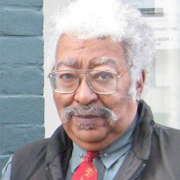 Syvalia Hyman has served as a director of Commonwealth Land Trust since its creation. He is president and chief executive officer of the United South End/Lower Roxbury Development Corporation (UDC) and its subsidiaries, UDC Real Property Corporation and UDC Housing Development Corporation. His areas of experience include general management, commercial and residential real estate development, construction management, business financing, organizational development, and planning.

He is a member of the Tent City Corporation Board of Directors and TCC Developers Inc., the managing general partner of the Leighton Park Limited Partnership, which developed, built, and owns Tent City Housing Development in the South End. He also serves as chairman of the board at Action for Boston Community Development (ABCD) and Central Boston Elder Services.

Click on the faces below to watch our staff describe Commonwealth Land Trust housing and supportive services.

Click here to watch all of our staff video interviews.